for anyone who doesn't no the lingo, pvp is gamer talk for player vs player. but wait, R, this is a story writing website. we don't do actual fighting, except for the name!

but here i go anyways.

story wars pvp would essentially be based around the challenge system - though i have to point out i've never done a challenge where i got to see the challenge bar and therefore i tend not to do challenges (this might need to be fixed) - where you and another writer (or writers?) would be paired up on some poor, unsuspecting story, and whoever's draft got the most points would 'win' and move up in rank on the pvp rankings.

this would 1 be very fun 2 be a way to draw people back to old/abandoned stories 3 have another way for people to get points even if they can't mass produce points.plus we can have a stat for how many times you were #1/top 3/top whatever

additionally you could have it be 'ranked' so that you wouldn't have say a #8 ranked up with a #563 but instead you'd stay close in range so that you can advance more easily.

essentially this would be a way to give out rankings based on people who write a lot + write well and get around the problems within the point system as a ranking - and if you ever do point system to buy things, the pvp rankings could let you buy a totally different set of things - but that's just an idea

(wow this is a lot of writing whaaat) 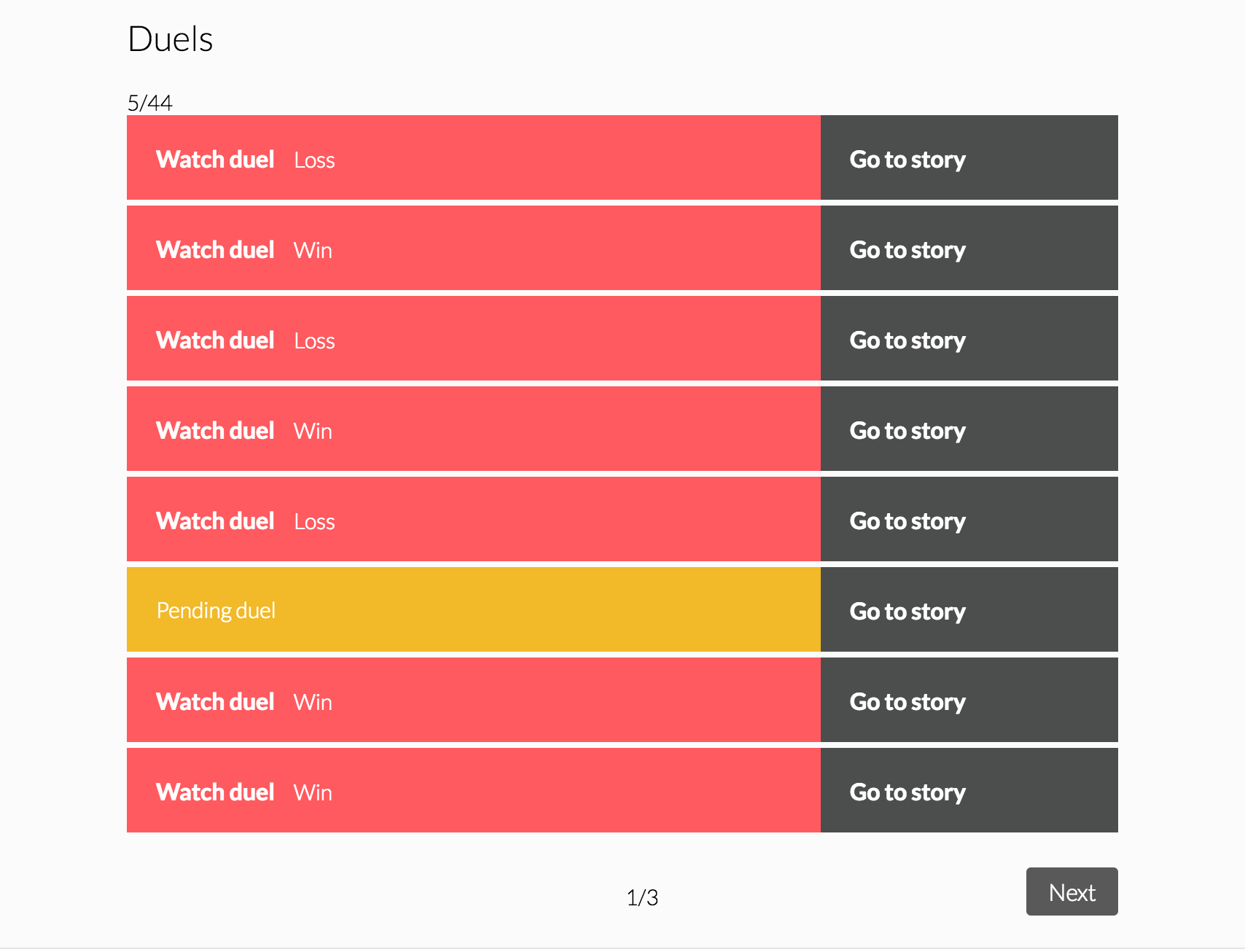 Its a work in progress but we are going down the path that you are suggesting :)

The video is a visual representation of how the duel went.

ah! cool! i always thought the challenges were an interesting idea and i'm glad to see them expanded upon!